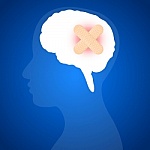 With the increase in life expectancy, Alzheimer’s disease now affects millions of people around the world. Efforts have been focused on the finding of treatable factors associated with progression of the disorder.

A recent study undertaken by a group from the Neurological Clinic of Universit-Politecnica delle Marche, Ancona, Italy had reported a link between sleep disordered breathing and Alzheimer’s disease.

According to Laura Buratti, the principal investigator, the study revealed that a significant number of Alzheimer’s disease patients suffer from obstructive sleep apnoea. OSA causes changes in cerebral blood flow which are predictors of the onset and progression of cognitive decline. The conclusion from the study is that timely treatment of OSA would be a favorable clinical approach to Alzheimer’s disease.