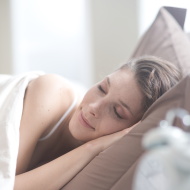 "Sleep twice" could be what the body really requires according to sleep experts Dr. Melinda Jackson and Dr. Siobhan Banks. In an essay that they have co-authored, they say that bi-modal sleeping was the preferred routine in past ages.

People would go to sleep a couple of hours after darkness fell and wake up a few later to engage in sex, relax and ponder on their dreams. Life then was not drowned in gadgets and media hence people would just muse on their existence and attractiveness. Afterwards, they would go back to sleep till dawn.

The pattern began to break down in the late 17th century with people sleeping through the night. However, the two periods of sleep are still common in modern society.

Scientific evidence indicates that sleep disorders could be as a result of the body not being genetically used to a 7 to 8 hour block of sleep. It could explain why some people require an afternoon nap and yet sleep through the night.