The Link Between Sleep Apnoea and Dementia 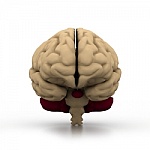 The brain is a vital organ in the body. If it is dysfunctional, then all the other processes in the body will become so. The brain functions as storage of information for recent and remote memories. However, as we age, the brain loses cells. The body also starts to make fewer chemicals that your brain needs to make it work. These changes can affect your memory.

Some people develop dementia as they age. Dementia is a brain disorder that makes it hard for people to learn, remember and communicate. Other symptoms include changes in mood and personality, lapses in memory and clear thinking and behavioural problems.

A recent study has shown that dementia can be caused by sleep apnoea.

Sleep apnoea is a form of sleep-disordered breathing characterized by abnormal pauses in breathing or instances of abnormally low breathing during sleep. The problem with this disorder is that there is age-dependent cognitive deterioration. Middle-aged adults with severe SA are far more likely to have cognitive impairment than younger adults with equally severe sleep apnoea.

The authors conducted a retrospective matched-control cohort study to estimate and compare the risk of dementia in sleep apnoea and non-sleep apnoea patients among persons aged 40 and above over a 5-year period follow-up. The authors conducted a nationwide 5-year population-based study using data retrieved from the Longitudinal Health Insurance Database 2005 (LHID2005) in Taiwan. The study cohort comprised 1414 patients with SA aged 40 years who had at least 1 inpatient service claim or 1 ambulatory care claim.

The reason for these findings is that maybe hypoxia, but not sleep fragmentation or sleep duration, was associated with mild cognitive impairment or dementia in sleep apnoea patients. Exposure to intermittent hypoxia, a hallmark of sleep apnoea, is associated with neurobehavioral impairment and increased apoptosis in the hippocampus, as what was found by rodent studies. Furthermore, there may be gray matter reduction in brain regions that regulate memory and executive functions. These findings suggest that intermittent hypoxia in sleep apnoea may play a major role in cognitive dysfunction and gray matter reduction, which in turn may contribute to the development of dementia.

The authors concluded that patients with sleep apnoea are at a higher longitudinal risk of developing dementia. Sleep apnoea may be a gender-dependent, age-dependent, and time-dependent risk factor for dementia. More studies are needed to further back up these claims.