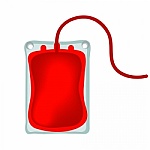 Lately there are reports that obstructive sleep apnoea can also lead to elevated blood uric acid levels. Elevated uric acid levels can lead to gout (deposition of uric acid crystals in the joints) and kidney failure.

What could be the possible explanation for this? Inside the body, obstructive sleep apnoea is said to lead to decreased blood oxygen saturation and arousals during sleep. This further leads to increased production of reactive oxygen species (ROS) which can slow down our body’s metabolic processes. This can further impair the formation of adenosine triphosphate (ATP), an important energy-giving compound, leading to its degradation to adenosine diphosphate and adenosine monophosphate. This process further releases purine intermediates (adenosine, inosine, hypoxanthine and xanthine), ending with an overproduction of uric acid, the purine final catabolic product. This leads to increased uric acid levels in the blood.